Imagine two hundred years of peace and quiet. It’s hard to think of peace when you’re living in a golden era of information and communication. From 27 BCE to 180 CE, people in Rome lived in harmony. This period is known as the Pax Romana, or Pax Augusta. 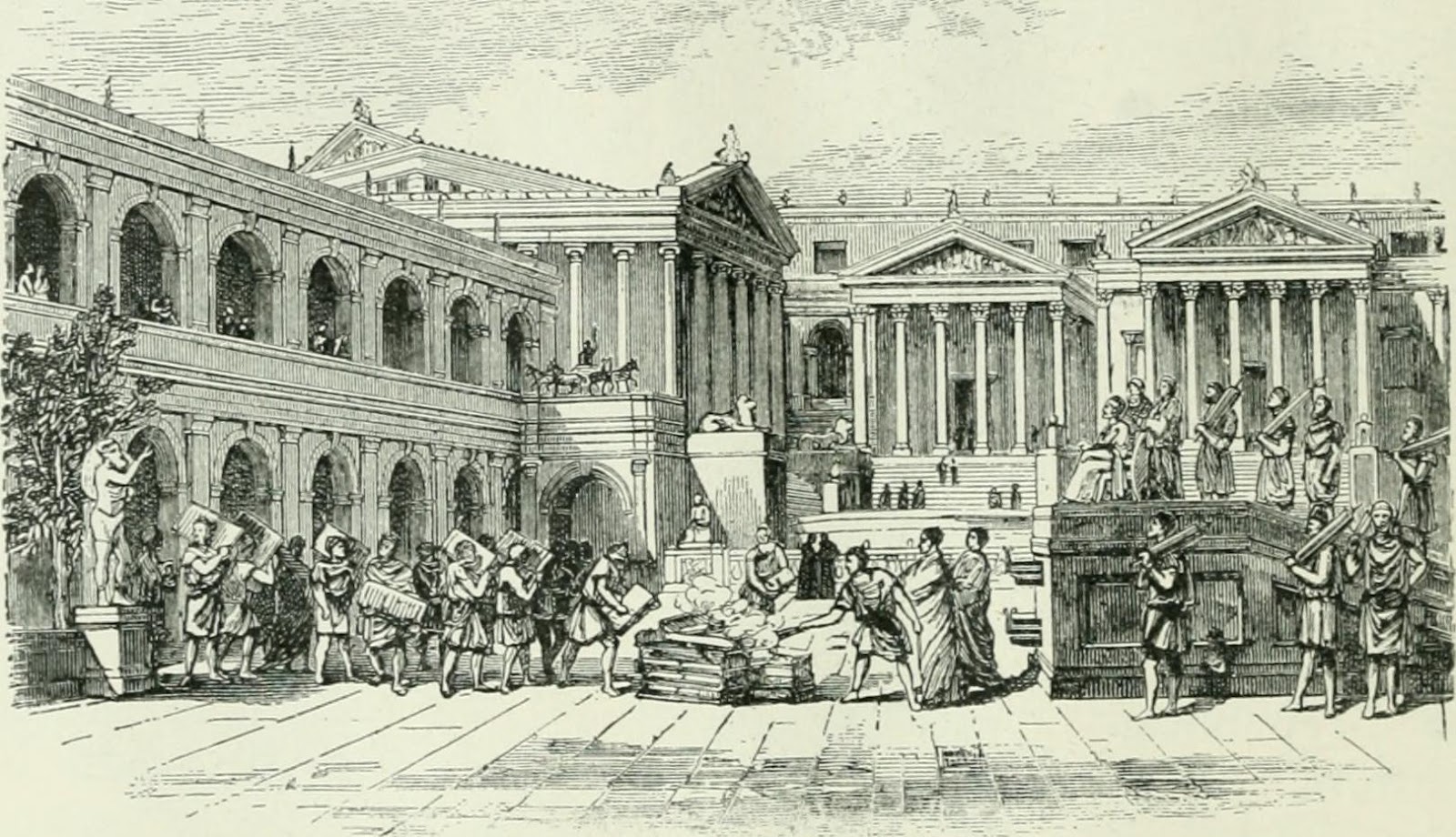 The Pax Romana started when Augustus Octavian defeated Mark Antony in the Battle of Actium. The Battle of Actium took place near the western coast of Greece. It was fought between Octavian and the combined forces of Mark Antony and Cleopatra (the queen of Egypt). Before the final defeat, Antony and Cleopatra fled to Egypt, where they would take their own lives the following year. 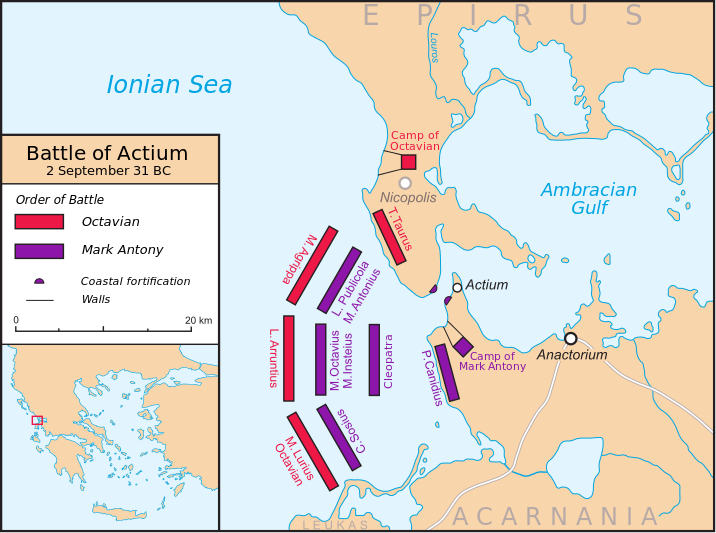 After the war, Augustus (Octavian) created a committee of the best military tycoons. By binding all the leaders together under a  single title, he eliminated the possibility of a civil war.

The Pax Romana was not something that sprouted immediately. Although the civil war ended, tensions still continued in Hispania and the Alps. Wars continued over the imperial expansion of the Empire’s frontiers, and a year-long civil war over the royal succession, but overall the Roman world was peaceful for over two centuries.

The Man Behind It All

The death of Julius Caesar left the Republic in chaos. None of the attempts to restore the triumvirate worked. Octavian, the adopted son of Caesar, tracked down the people who killed his father and defeated the other candidates to the throne, including Mark Antony and Marcus Amelius Lepidus, thus securing the throne for himself. From the time, he claimed the role of leader, he became known as Augustus. 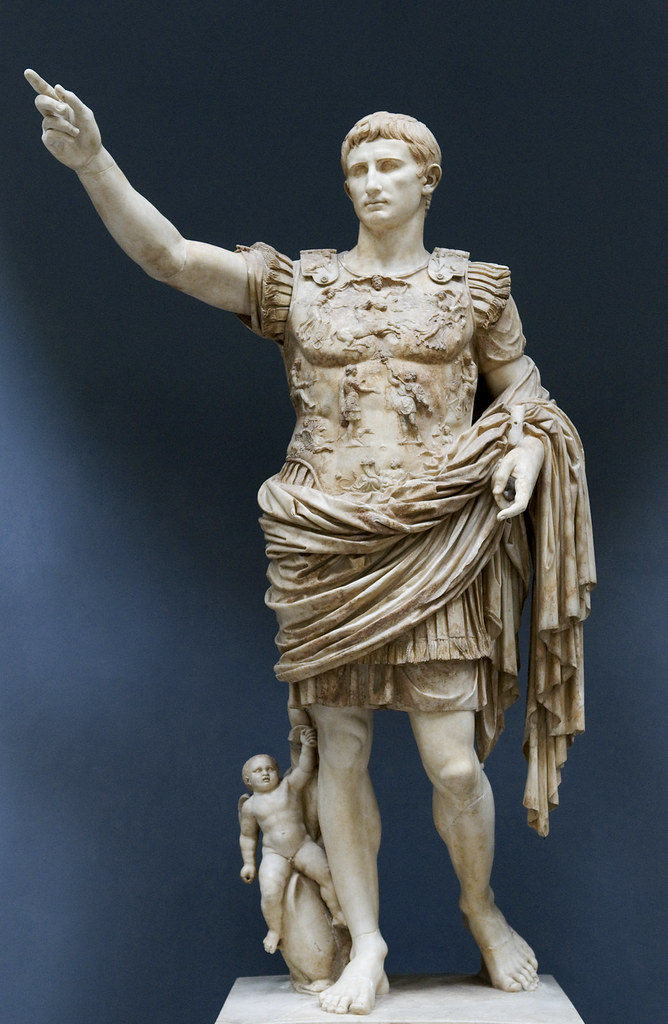 The Roman Senate granted Augustus a lot of powers. He became the princeps meaning ‘the first citizen’.  The Senate also granted his successors certain powers for life- imperium maius, absolute authority over the provincial governors, and tribunicia potestas, the authority to select the people who enact laws.

With these newly granted powers, Augustus could veto the actions of the judges. To control the people around him, he managed royal patronage. Augustus’ rule brought peace and security to politics and trading, something that many Romans craved.

However, the Augustan peace came at a steep price, instead of lasting maybe a couple of years, it stretched on for almost two hundred years.

The Romans already had a humongous empire, but Augustus chose to add even more territory in every direction. Like all of the other conquered regions, the newly acquired lands were forced to pledge their allegiance to Rome. Augustus returned home from Spain & Gaul a hero. To symbolize his victory, the Senate, in July of 13BCE, ordered the construction of the Altar of Augustan Peace on the Campus Matius of the Ara Pacis. It contains a religious mural depicting the royal family, a frieze containing significant Roman values- peace, harmony, duty, decency, & wealth, and several sculptures. 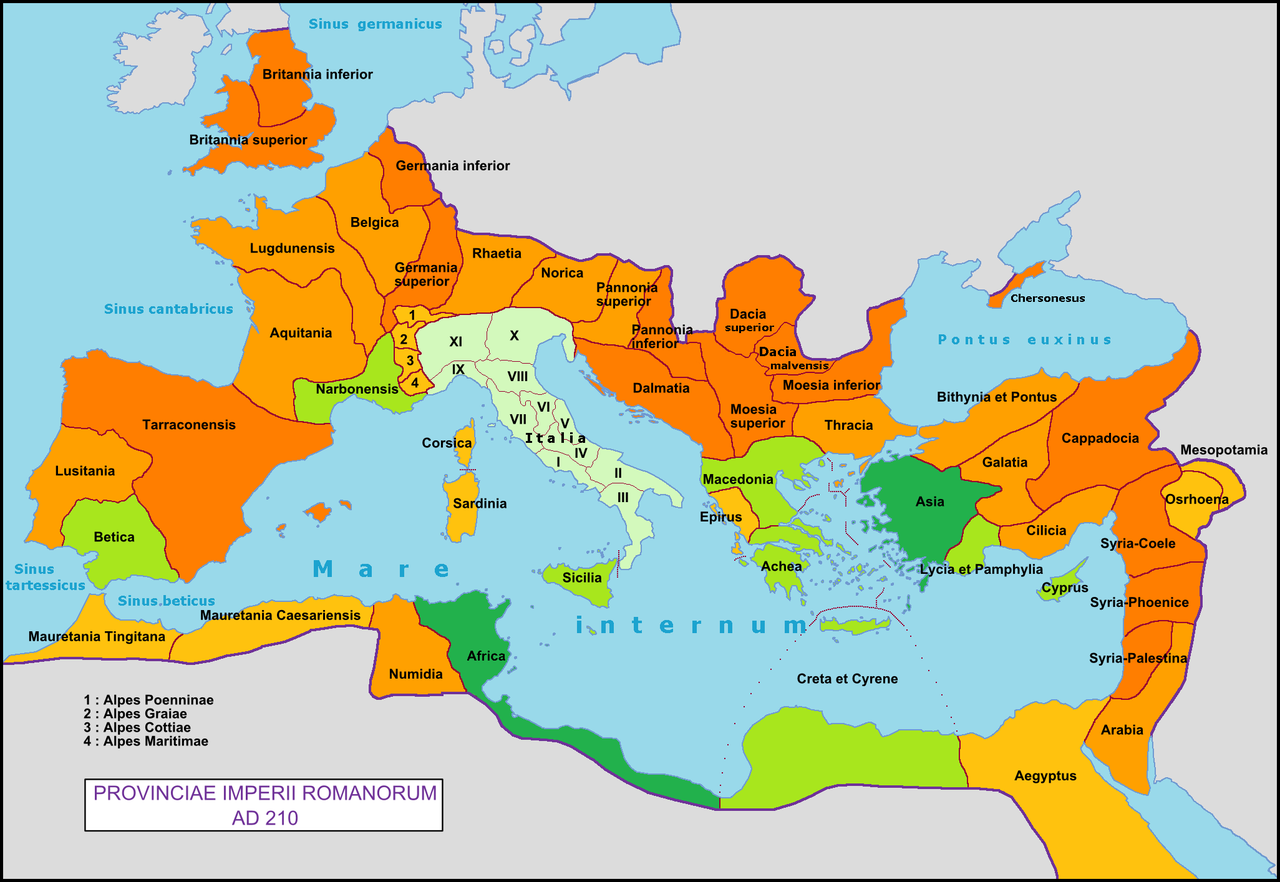 Augustus became a micromanager. He fully exercised all of the powers he had. He didn’t trust his provincial governors, and so he traveled the extent of his empire often and took a whole professional army with him. To maintain their loyalty, he bribed them generously with money and land. Each man swore to support and protect the emperor. With his army by his side, uprisings like those in Gaul or along the northern borders were easily extinguished. Augustus was afraid he’d be assassinated like Caesar, he created his own bodyguard group known as “the Praetorian Guard”.

The  Romans had unlimited land, but limited money. To earn money Augustus ordered an evaluation of all the resources in all of the land, as well as amongst its citizens. He imposed taxes upon the citizens. The ultimate goal was to maintain internal order and to collect resources through taxation. Augustus even prevented corrupt governors from profiting over the tax by positioning the treasury on the Capitol in Rome.

Some people rebelled, but most people thought the taxes were justified. Though slaves and freed men who worked the land were banned from politics, the empire remained free of civil conflict.  Seas were cleared of pirates, which enabled better trading. New roads were constructed, which made communication much easier. Overall, Rome was made great again.

The place that profited from the Pax Romana was none other than the city of Rome. Augustus protected wildfires, famines, and floods. He oversaw the city’s grain and water supply. The city police force was expanded to take care of crime and riots.

He even tried to rebuild decaying temples. 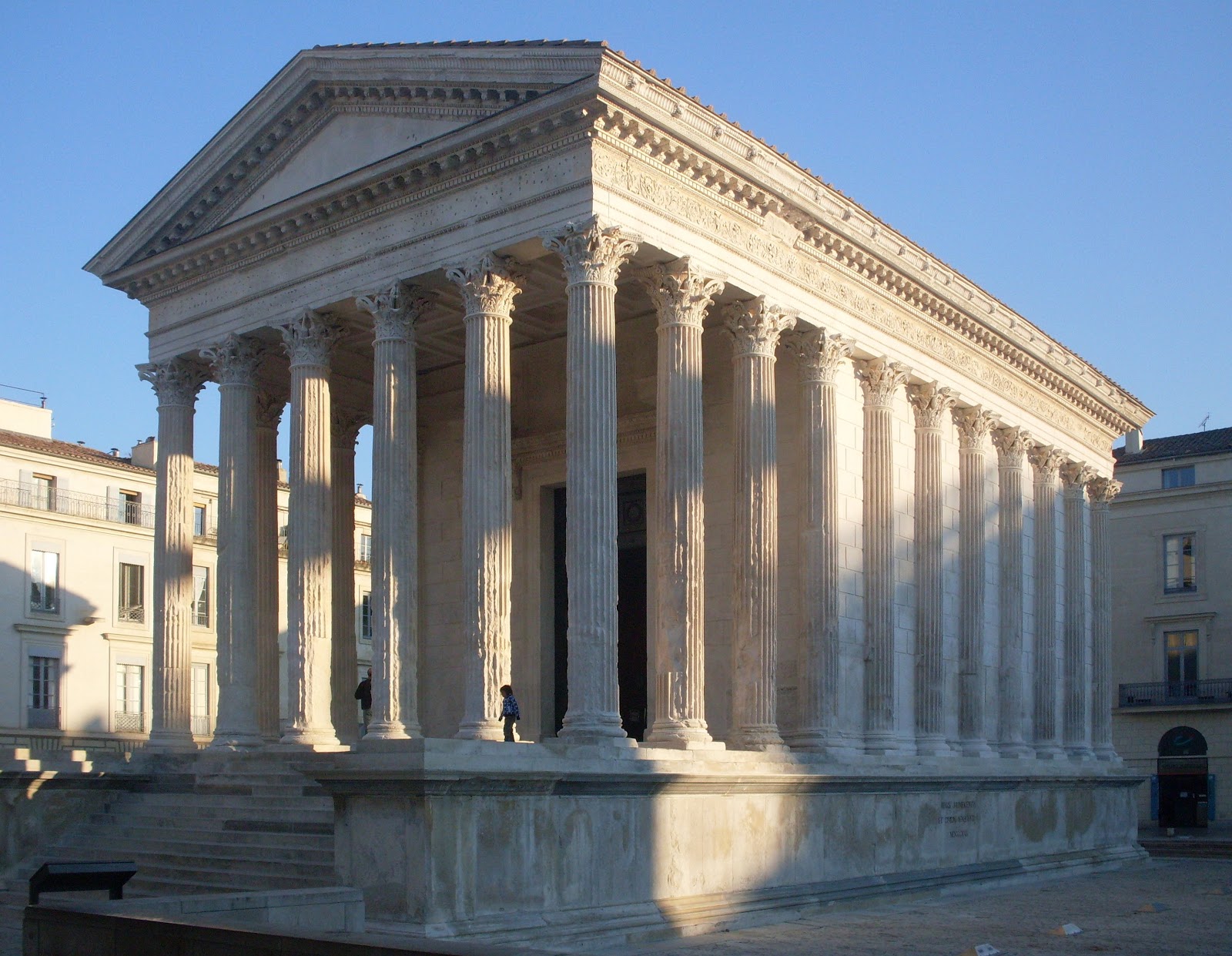 Augustus made a lot of new changes. He reduced the number of people in the Senate, and although the popular assemblies supported these changes, they soon went out-of-date, because Augustus was the law.

It seems that Augustus was controlling, and he changed a lot of things in a very short period. Regardless, the Romans understood that he was doing all of it for securing the empire

The Romans worshipped Augustus. They lionized him, treated him like a god. From this worship, emerged the Imperial Cult, where Augustus was treated as a demi-god. From there on, most emperors were only worshipped after their death. Although the Christians occasionally opposed the Cult, the empire was still largely peaceful. 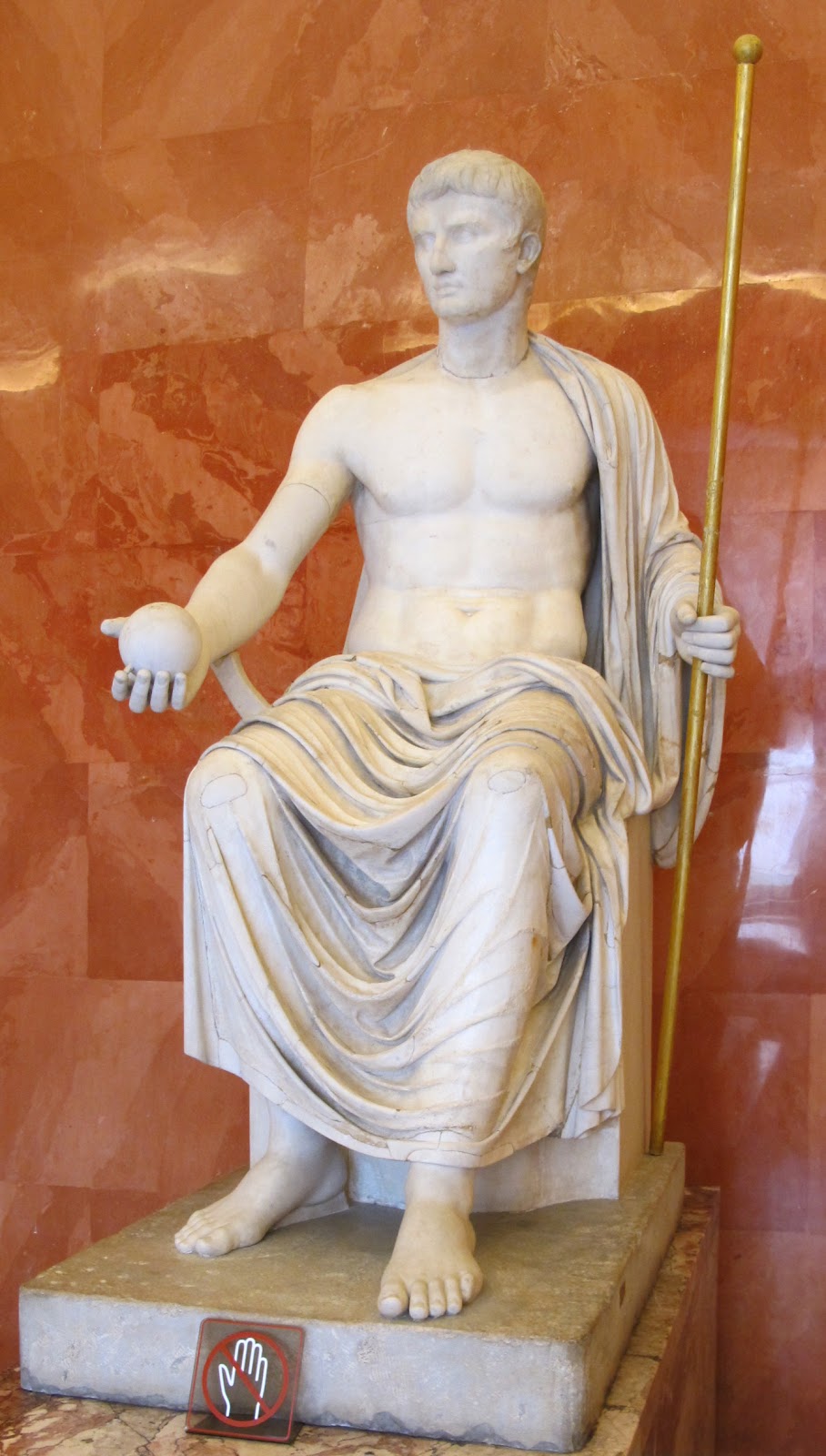 Like all humans, Augustus eventually died. However, his vision of a peaceful empire lived on. The emperors that followed him maintained the Augustan Peace. However, the legions of Rome weren’t always welcome, those who resisted were paid a high price.

The historian Tacitus, who lived in the 1st century CE, wrote about the Roman conquest of Britain.

He used a quote from a Briton leader named Calgacus,

“We, the choice flower of Britain, were treasured in her most secret places. Out of sight of subject shores, we kept even our eyes free from the defilement from tyranny… Today the boundary of Britain is exposed, beyond us lies no nation, nothing but waves and rocks and the Romans, more deadly still then they, for you, find in them an arrogance which no reasonable submission can elude. They are unique in being as violently tempted to attack the poor as the wealthy. Robbery, butchery, rapine, the liars call the Empire; they create desolation and call it peace.”

In a nutshell, Calgacus roasted Romans saying that their “peace’ was loneliness. That they hadn’t achieved peace - they had isolated themselves.

Despite attacks from political enemies, the Pax Romana continued through the years. Some bumps along the way were caused by Augustus’s arrogant and incapable successors. Emperor Claudius would win in Britain. Vespasian and his son Titus would capture the Middle East. However, when it was Emperor Hadrian’s turn, he stopped all expansions and built a wall along the northern border. Rome was complete.

The Romans had their two hundred years of peace, which eventually ended. The emperors that followed Augustus’ reign were weak, and couldn’t manage Rome. They started falling into debt, and their military was falling apart. Emperor Diocletian tried to protect Rome, by dividing it. Emperor Constantine moved the capital to the east, while the west was in ruins. In 476 A.D, Barbarians captured western Rome. From 500 to 1300 A.D, Western Rome fell into the Dark Ages.

Rome was a global superpower, they had it all - a strong military, a strong emperor, a vast kingdom, but even they fell. The Pax Romana lasted two centuries, and the average lifespan of a human is 80 years. This means two and a half generations grew up during the Pax Romana. It’s debatable whether or not “the Peace” was actually peace in its sense. Many people called it desolation, but what was it really? Well, that depends on the way you look at it. During the Pax Romana, Rome made many advancements within the empire, but at the same time, it ignored global politics. In conclusion, the Pax Romana was a period of relative harmony for Rome, but a period of rage for their enemies.