Economic Crisis: The Inflation in Bolivia in 1985

Ever imagined what would happen if the basic necessities for life, essential for sustenance, experienced an increase in prices per hour?

The Bolivian economy and population faced this scary situation throughout the ‘lost decade’ of Latin America, experiencing 23,500% increases in prices per hour.

Bolivia was recorded to have the seventh-highest inflation in the history of mankind during 1984-1985; total inflation averaged 1% every ten minutes. 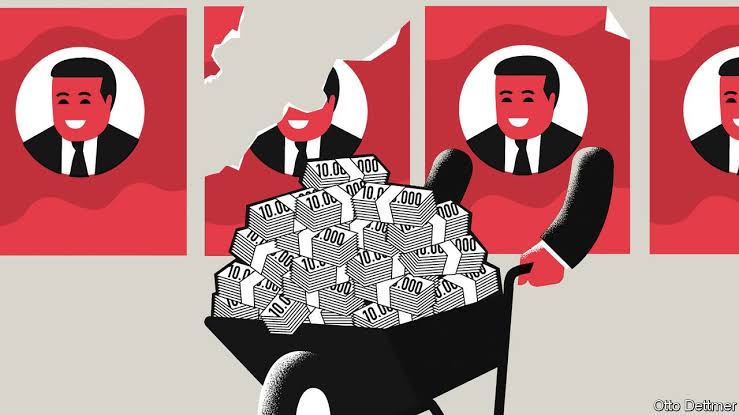 Bolivia was undergoing the pressure of hyperinflation, a phenomenon described by Cagan ‘as periods during which the price level of goods in terms of money rises at a rate averaging at least 50 percent per month’. In context to Cagan's definition, Bolivia had an average monthly rate of 51.8% and 128% being the highest monthly rate.

But how did Bolivia enter into this vicious circle of hyperinflation?

Bolivia enjoyed a great source of external credits in terms of foreign currency loans from international institutions until the late 1970s and was an ever-growing economy until the tables turned drastically due to the global recession in the 1980s.

Bolivia had eased in borrowing money due to low international interest rates which led to an increase in expenditure. Due to shock increases in oil prices and high interest rates in 1982 in the international market, external finance was not an option now and secondly, the previous loans led to a debt crisis as it was almost impossible to pay back.

The national debt was recorded to be 140.3% of GDP during 1981-1982. Also, the international reserves fell into negatives which led to the devaluation of the currency and unstable governance as the government was spending 30 times more than what it received by tax revenue.

Post debt crisis, the Bolivian government used a strategy for debt reduction by printing more money and increasing the money supply in the economy. As a result, this led to unprecedented inflation in the country.

When a currency is printed, increasing money in the hands of the population induces more high demand as people have more disposable income.

As demand in the economy rises by high levels and production of goods and services remains the same or could not be ramped up to the mark of demand levels, this causes high inflation. This means that currency is “cheaper”, or in other words, the purchasing power of one unit of currency decreases extensively.

In July of 1985, the inflation rate was over 60,000 percent, the highest rate from all the months. A decrease in the purchasing power of currency led to a simultaneous decrease in savings and investment further impacting the growth of the economy and real GDP.

The major point of logic to be noted is that tax revenue was falling and current expenditures were increasing thereby resulting in a larger fiscal deficit. 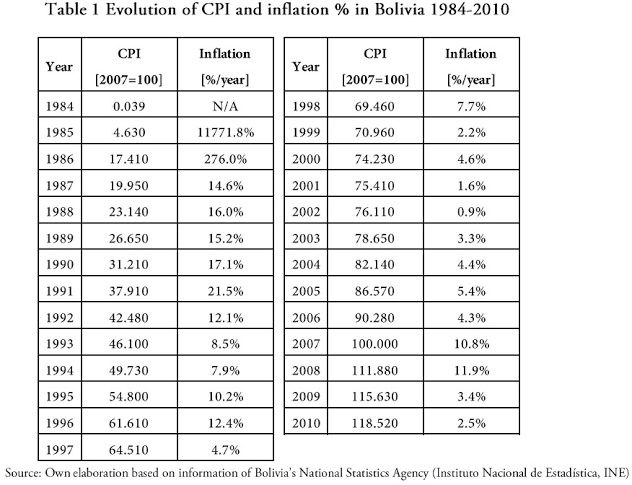 In short, the Bolivian economic base was destroyed by too many magnitudes and it demanded urgent attention to change and make policies that could revive the economy.

The economic disaster was carefully analyzed and worked upon by Jeffrey Sachs, the youngest economics professor at Harvard University. He was invited to Bolivia in august 1985 to suggest economic methods and strategies renovate Bolivian policies related to inflation and try to resolve the current hyperinflationary situations.

Sachs could judge that such high hyperinflation needed radical actions and not just a gradual process. He proposed a ‘shock therapy'. This therapy wasn't made with highly complicated economics — it was just a simple rule that posed restrictions on government spending, price control, and import tariffs to make it up to desired equilibrium.

The government was said to have spent the amount it received by revenues,  no debt taking, and no extra expenditure. As quoted by Juan (finance minister,1986-88) “ we get one peso, we spend one peso”.

It was decided that there would be no borrowing from the central bank — implying no printing of excess currency. Altogether with shock therapy, a new economic policy was also introduced consisting mainly of structural reforms and long-term stabilization measures.

Bolivia showed sudden dips in inflation just after shock therapy, followed by sustained growth with few instances of slow inflation. The same phenomenon was then used to change the economic structure of the whole of Latin America.

Countries like Poland and Argentina were also going through a high economic crisis and were termed as ‘pressure cookers’ by Sachs. This Bolivian episode became an example of how deficits and the money printing method to cover them could create an economic mess and a deep wide void in the economic situation.

Not just that, this also brought in the era of high consideration of economic policies as well as political stability all around the world.