History Of The Motherhood Penalty

Working mothers face an even wider pay gap than working women without children, and this phenomenon is known as the motherhood penalty. 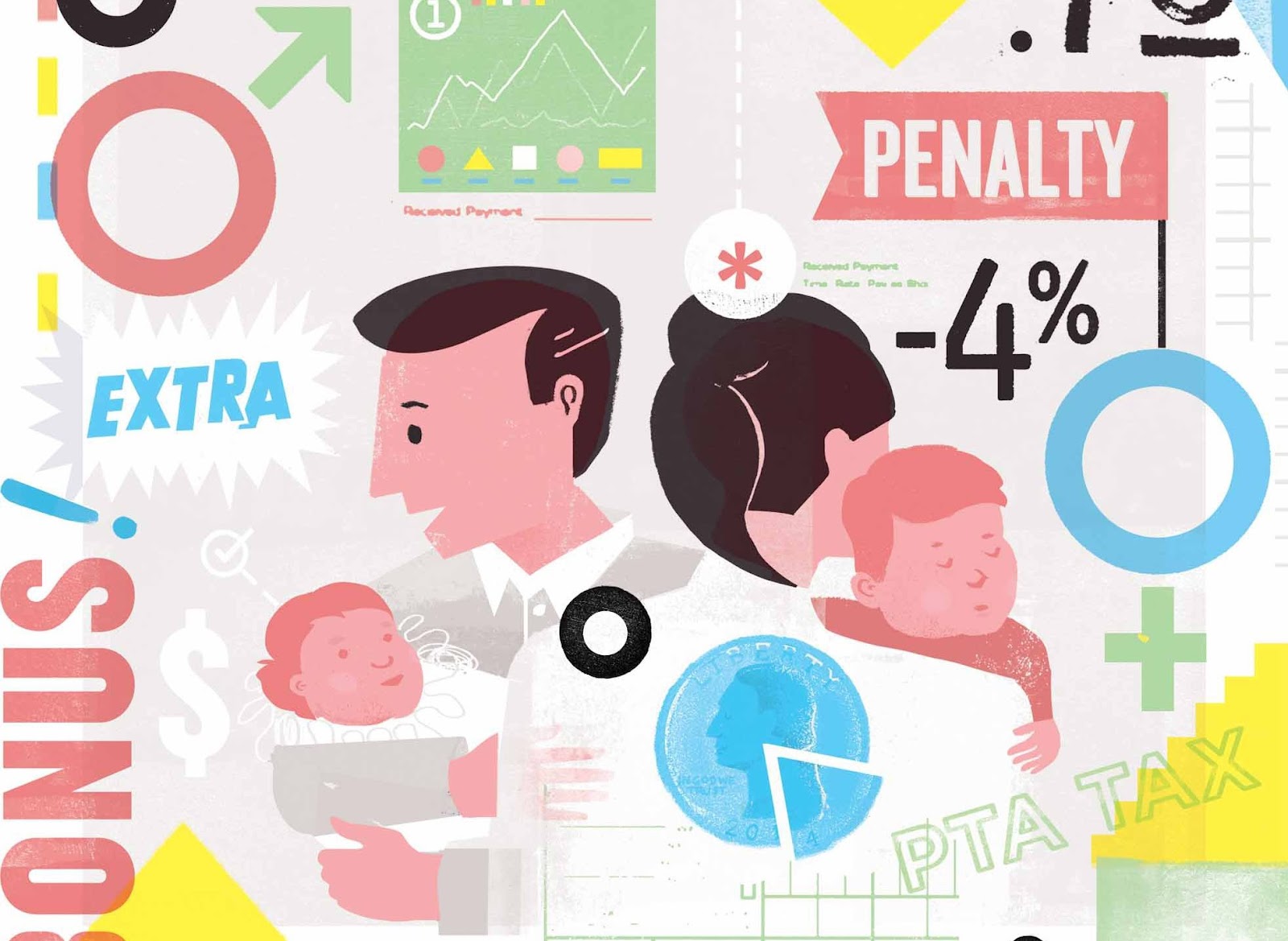 Women in the workforce are disadvantaged based on a choice they made the choice to have children. The motherhood penalty is closely associated with the fatherhood bonus, which is when working fathers benefit from having children.

Michelle Budig is an award-winning sociology professor at the University of Massachusetts, Amherst, who has done extensive research on employment, gender, family, earnings, and especially the parenthood pay gap.

Budig explains that many factors could account for the wage gap working mothers experience, including working mothers taking time off to care for children, passing up on higher wages in favor of more mother-friendly jobs, being less productive at work because their children are distracting, and employment discrimination.

In her 2014 paper “The Fatherhood Bonus and the Motherhood Penalty: Parenthood and the Gender Gap in Pay”, Budig quantified the motherhood penalty and found that working mothers experience a 4 percent loss in wages per child. At the same time, working men experience a wage increase of 6 percent when they have a child. 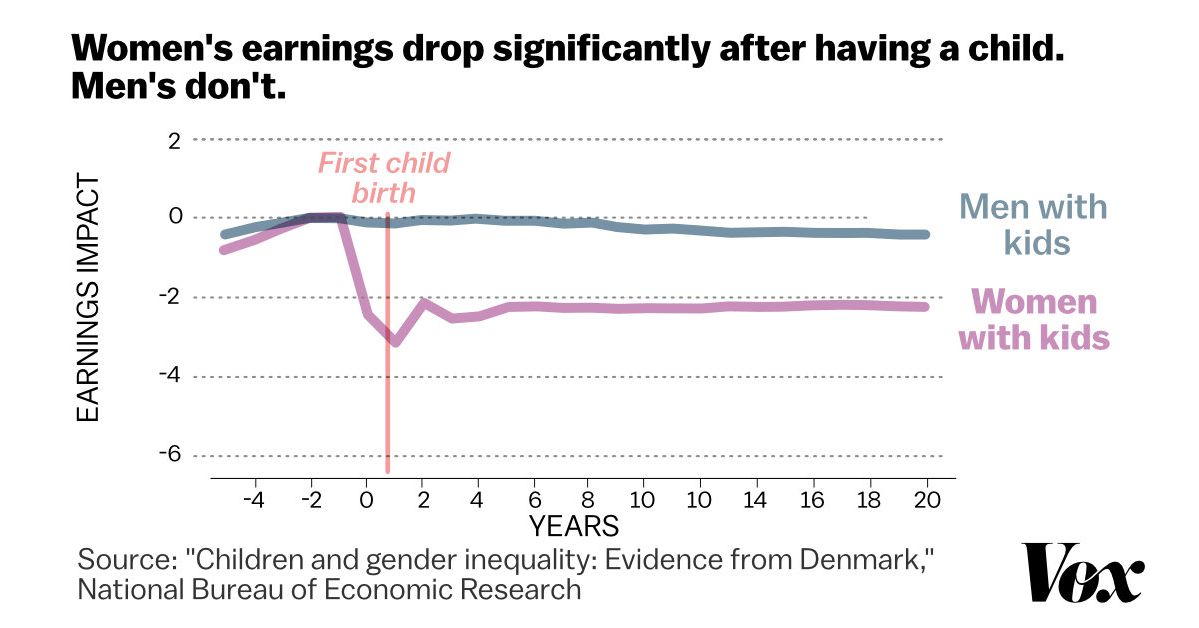 The motherhood penalty and fatherhood bonus cannot be fully explained by factors such as men working more after having children, mothers working less, or taking lower-paying jobs. These factors account for at most a third of the wage decrease (for women) and increase (for men), and the rest is explained by discrimination and cultural bias in favor of working fathers and against working mothers.

To fully understand why this phenomenon occurs, it is important to address the distinct perceptions of working mothers and working fathers in the US. Mothers who work are often perceived to be less productive at work, have lower job performance, and work less because they are distracted by their children.

On the other hand, working fathers are perceived by employers to be more stable and committed to their work because they have a child they need to provide for.

In an interview with Vox, Hillary Clinton explained the workplace discrimination working mothers face by describing a 1980s advice column. The column responded to someone’s question as to how they should decorate their workspace after getting a promotion.

The column did not know whether the person who asked the question was a man or woman, so the column gave two different answers. A man with children should decorate their workspace with lots of family pictures because it will make people think they are a good provider.

On the contrary, a woman with children should not have family photos in her workspace because it will make people think they can’t focus on their work and are distracted.

Additionally, the motherhood penalty impacts working-class women the most while it doesn't affect the top 10 percent of female earners. This can be explained by access to childcare—women who earn less often do not have a lot of money to spend on childcare and rely on free childcare from friends and family, while those with larger incomes can afford childcare with professionals and full-time babysitters, which is more reliable than relying on friends and family.

Men who earn higher wages also benefit more from having children because they experience a larger wage increase than men working in lower-paying jobs. There are ways to decrease the gender wage gap and one country has had a lot of success in closing the gender gap over the past few decades.

In 2020, Iceland ranked 1st overall in the World Economic Forum’s Global Gender Gap report for the 11th time in a row because they have closed more than 82 percent of the gender gap, more than any other country.

First and foremost, it is illegal to pay women less than men in Iceland, like in many other countries. On January 1, 2018, a law requiring all companies with more than 25 employees to prove they pay employees fairly went into effect. This legislation, which is different from the equal pay laws most countries have, has proven effective in closing the pay gap.

Iceland now enforces equal pay for equal work, so the burden of proof is not on a female employee to prove she is being paid less than a man for equal work (which can often take years to prove)—the employer has to prove they are paying the woman equally. Additionally, companies that cannot prove their pay practices are fair to have to pay substantial fines.

Iceland first started closing the gender gap when 90 percent of the country’s women went on strike and refused to work on October 24, 1975, on a day now known as Women’s Day Off. Women did not go to work, did not care for children, and did not do any housework for the entire day. Many businesses and schools had to close, and most men had to take their children to work.

Essentially, the country ground to a halt without women. This demonstration showed men and the government that the country could not function without the work of women, so Iceland began passing legislation to close the gender pay gap and empower women. 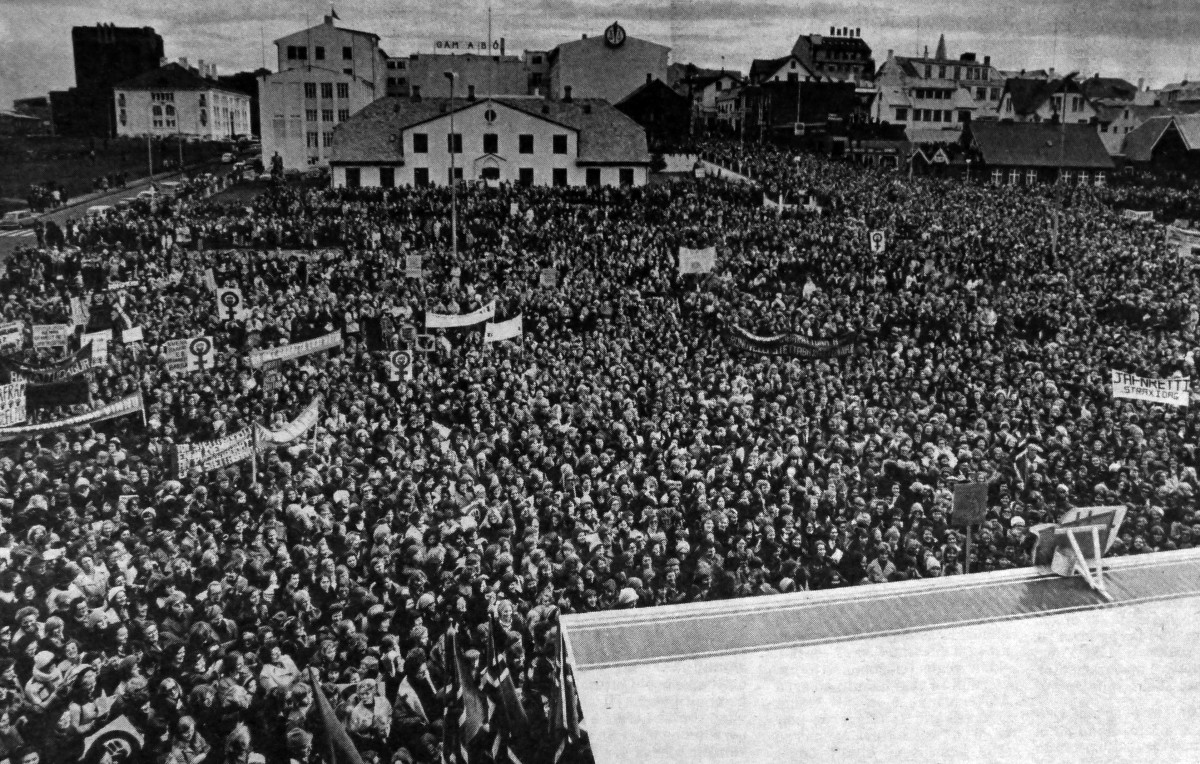 A Woman’s Day Off Protest.

In 1980, only five years after the Women’s Day Off, Iceland elected its first female president: Vigdis Finnbogadottir, a divorced single mother. Finnbogadottir was the first democratically-elected female head of state in Europe.

In 2000, Iceland implemented a law mandating nine months of parental leave for parents: 3 months reserved for the mother, three for the father, and three for the parents to divide up as they wished. Iceland was the first country to pass a law giving fathers at least three months of paternity leave.

Another part of the law that makes it so effective is that it is take it or leave it: if the father does not take all three months of paternity leave, both parents lose the leave. This legislation encouraged men to take a more active role in childcare so that it is split more evenly among both the mother and father.

Additionally, employers now planned on all their employees taking parental leave when they had children, not just women, so working mothers faced less discrimination, and the motherhood penalty has decreased because childcare responsibilities are being split more evenly between parents.

An entire generation of people in Iceland have grown up believing that when they have children, they will take time off to spend time with their children regardless of gender, and this shift in cultural attitudes in which men and women are expected to care for children evenly has also contributed to closing the gender gap because cultural bias surrounding gender and childcare has decreased.