The History of Ice Cream

‘Age does not diminish the extreme disappointment of having a scoop of ice cream falls from the cone.’

HAVE AN ICE CREAM?

Seriously! Try it. The soothing cold, a kickback from the chocolate taste, coupled with the sweet crunch of the chocolate chips is a treat that Baskin Robbins so perfectly makes. It is the closest to what bliss is.

Like Dominic Torretto (from the Fast and Furious series), who lives his life “a quarter mile at a time”, we have also experienced that satisfaction — even if it is only for a few minutes.

Ice Cream, a literal translation of cream frozen at below room temperatures using ice as the primary medium, has taken various forms from its inception to the present aesthetic that we are all familiar with.

Now, sit and relax in your chair as I take you through the History of Ice Cream…. a universal standard of feeling happy.

A LICK DOWN HISTORY LANE

The history of the delicacy dates back to Imperial China, where an ice cream-like food is said to have been considered a luxury in Imperial China in the years of 618 to 697 AD, made of buffalo milk, flour, and camphor.

The idea of the cold-flavored desert started out when King Tang of Shang of the Shang Dynasty in China had his men use ice brought down from the mountains to cool buffalo milk, flour, and camphor to create the first ice cream like dish. The dish was an instant favorite with the ruling elite, who consumed it right after the main course with honey and pomegranate.

Making its way to the European continent, the Roman Empire is said to have deployed slaves to bring back ice from the mountains present in their territory. It was then flavored and served as an early form of ‘ice cream’.

The Roman Emperor Nero simply adored ice cream; historians have uncovered that he used this system to provide ice cream to the notable cities of the empire. It was later that Marco Polo, after his journey through China, introduced the Chinese recipe of milk, flour and camphor to Italy in the 1200s.

Ice Cream remained a treat for the societal elite well into the mid-nineteenth century. To eat ice cream, one had to have access to a block of ice well to ensure the signature cold texture is retained.

England saw ice cream become affordable and popular when a Swiss emigrant, Carlo Gatti, set up the first stand in 1851. To counter the issue of keeping the ice cream in a cold environment, he created a block of ice well with ice he cut from the canal under a contract with the Regent’s Canal Company. Following the success, he began importing ice from Norway.

The Agnes Marshall, dubbed 'Queen of Ice' in England, did much of the work in popularizing ice cream as a fashionable middle-class dessert. She wrote four cooking books, including recipes to make ice cream, gave cooking lectures, and was the first person to suggest using liquid nitrogen for the cooling process.

Mrs. Marshall also sought to make every part of the ice cream edible, which meant that the focus now turned to the cone. She prepared a recipe using almonds and baked it in an oven, rather than pressed between irons for making the cornets (cones). 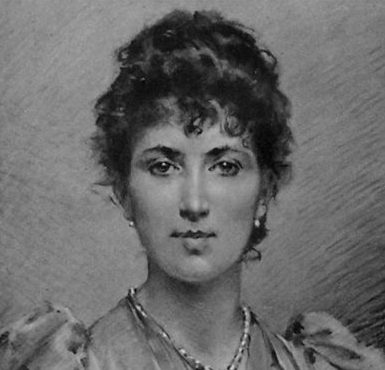 Still, it wasn't until the 20th century that ice cream became the popular dessert we know with the invention of low-cost refrigeration, allowing stalls and shops to open in every street corner all over the world and ensuring that everyone tastes this simple yet marvelous desert.

EAT IT BEFORE IT MELTS

Ice Cream, a universal metric of happiness, sometimes even dubbed as the food for the ‘sad’. It has its own merits, as ice cream does make one feel alright even after a bad day.

Get a cone, enjoy it, savor it from your roadside peddler. Or, wait for the signature ice cream van that comes down your street once a week and make sure you have pocket money to spare.