How Past Elections Have Shaped American Politics

As the United States begins a new era of American Leadership under Joe Biden, let's look back on the past. Previous elections, notably the Kennedy vs Nixon election (1960) and the Bush vs Gore election (2000), have greatly transformed the way American voters perceive their role in politics. Both elections have caused turning points in the way citizens view presidential elections. Their impact could be observed in this past election and for future elections as well.

In 1960, the race was between John F. Kennedy (Massachusetts Senator) and Richard Nixon (Vice President to Eisenhower, 1953-1961). 43-year-old Kennedy would have been the youngest president ever elected at that point if he were to win. Not only was his age a significant concern for prospective voters, but many found it worrisome that Kennedy was an open Roman Catholic. Most Democrats at the time were apprehensive about the fact that a Catholic could potentially be holding power, as they didn’t want Kennedy to implement any conservative policies that were tied to his religious background. However, his charismatic personality was noticeably appealing to many voters.

Nixon, on the other hand, was the favored candidate. Having been Vice President to Eisenhower for 8 years, many felt he had much more experience in international affairs, compared to Kennedy, whose policies enacted focused more on domestic issues. Nixon had been hailed as an excellent speaker, as he had debated Soviet leader Nikita Khrushchev a few years earlier and managed to defeat him. The 1960 election was significant in that it was the first nationally televised debate in American history. About 70 million people were able to watch live from their homes as Nixon and Kennedy locked horns and debated issues such as civil rights and international affairs. Kennedy appeared tanned and healthy due to makeup that his team had urged him to put on, yet Nixon, who refused, turned up on stage looking tired and wary. The fact that people could now see live debates drastically changed their viewpoints on both candidates. Viewers who had watched the debate maintained that the charismatic, attractive Kennedy had clearly won, yet people who only listened through the radio were convinced that Nixon’s great debating skills had allowed him a victory. The results came soon enough.

Even though polls showed that Nixon had a six-point lead before the debate, after the debate, Kennedy was the favored candidate. It was clear that his healthy appearance and charming mannerisms on TV compared to Nixon’s wary mood had surely influenced the way voters perceived him. By the time Election Day rolled around, Kennedy had won 49.7% of the popular vote, while Nixon had won 49.5%. Nixon won more states, though when it came to the number of electoral votes, Kennedy won with a respectable 303-219 vote lead because he had gained votes from states with a larger population, such as Florida and California. At the end of the day, the election proved that television could have an immense impact, as Kennedy had somehow managed to win despite having much less political experience than Nixon and was the unfavored candidate up until the debates. 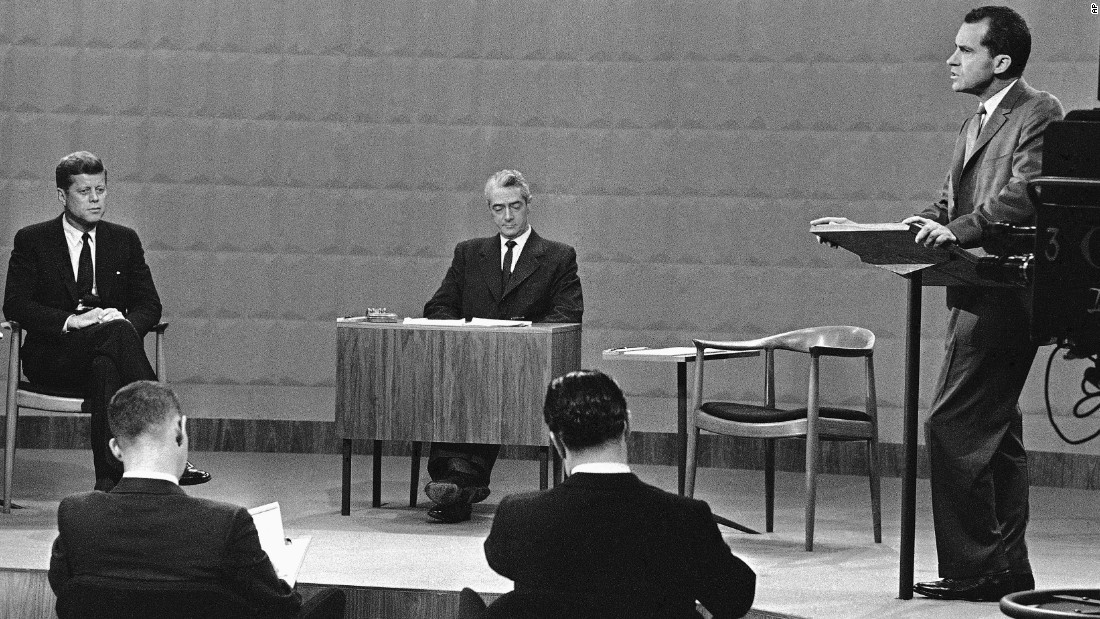 The 2000 election between George W. Bush (Governor of Texas and son to 1989-1993 president George H. W. Bush) and Al Gore (Vice President to Clinton from 1993-2001) is still regarded as one of the most bitter US elections in history. In the months leading up to the election, most Americans felt confident that Gore would be able to win easily, due to Clinton’s high approval rates and Gore’s significant experience. However, on election night, the most popular news channels such as CNN and ABC inaccurately assumed that Gore would win votes from swing/populous states such as Florida. They projected that Gore was the 2000 winner before votes in Florida had even been counted, and celebrations were underway for the Democrats. Gore had already secured the popular vote.

Furthermore, Gore had officially won 260 out of the 270 needed electoral votes to win, and most assumed that Gore would win Florida’s 25 votes needed to secure the 270 majority. Republicans were quick to act, and campaign members from Bush’s team called Fox News to say that Florida was still not official. Slowly, as more votes from Florida officially rolled in, all the news channels had confirmed their mistake and changed the Florida win to Bush-now meaning that Bush had won enough electoral votes to secure the presidency. By the next morning, however, it was clear that Bush had won Florida on an extremely small margin, which raised questions about the accuracy of the ballot system. Democrats requested a recount first, and then went on to sue several counties in Florida in an attempt to possibly win back a key few votes. However, the case lost in the circuit court and was then reversed by the Florida state court. Republicans appealed this ruling to the US Supreme Court, arguing that a recount for the entire state violated the Equal Protection Clause of the 14th Amendment. On December 12th, a month after the chaos, they won the case to stop Florida’s recount and electoral votes were formally cast to select Bush as president. Anger erupted across the country, as Gore supporters accused Florida of disproportionately casted votes and rigged ballots, while Bush and his supporters maintained a clear and fair win. While Bush secured the victory in the end, the election of 2000 went down as one of the tensest and controversial ones in history. 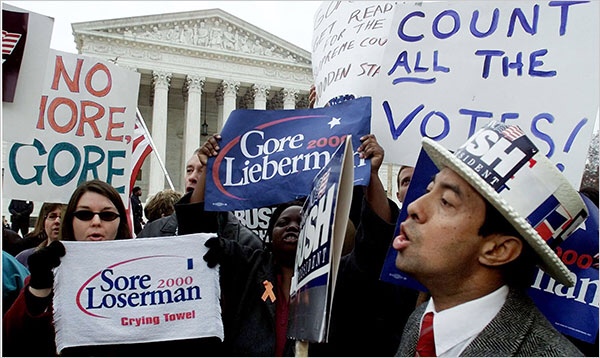 As the US comes closer and closer to November 3rd, many believe that a similar occurrence will play out on Election Day. Around the country, people have maintained that the televised debates between Biden and Trump are surely going to have an immense effect on independent voters. As seen with Kennedy and Nixon, debates certainly play an important role in shaping the polls. Similarly, with Gore and Bush, many voters are questioning the accuracy of possible mail-in ballots. It is extremely possible that in this 2020 election, we will see the past repeat itself, and this election too will go down in history.