When most Americans think of the Civil Rights Movement, the first names that come to mind are Rosa Parks, Martin Luther King Jr., or John Lewis; yet, very rarely, is the Black Panther Party mentioned.

Despite the Black Panther Party’s work on uplifting poor communities through its popular national food programs, its efforts remain largely unsung all because of false vilification by the media. 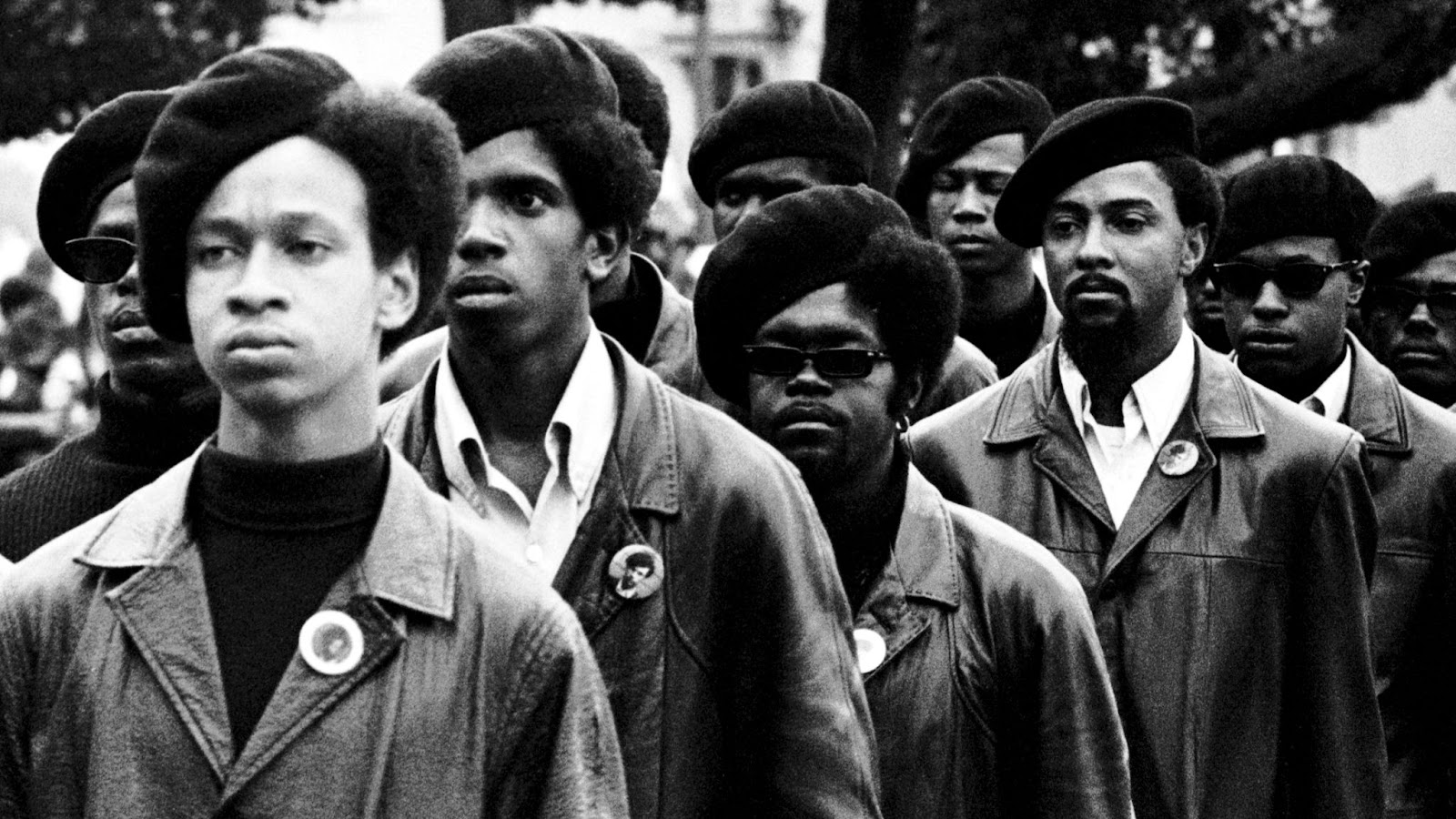 Rosa Parks, renowned for refusing to give up her seat in the back of a public bus to a white person, started the Montgomery Bus Boycott which many look to as one of the major successes of the Civil Rights Movement.

Martin Luther King Jr., arguably the most well-known leader and face of the Civil Rights Movement, is at the center of school curriculums and textbooks of the movement for preaching peaceful protests and discouraging violence.

The Black Panther Party, however, encouraged the taking up of arms in self-defense, which many viewed as violent and the “wrong way” to fight institutional racism in the United States. 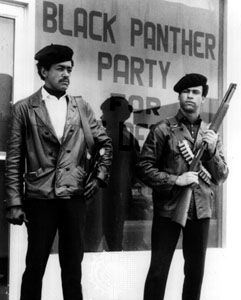 Huey P. Newton, Bobby Seale, and Elbert Howard founded the party, originally called the Black Panther Party for Self-Defense, in 1966 in Oakland, California. Its original purpose was to protect Black people from police brutality, to “police the police.” The party began as a small group of people in Oakland but soon grew to be a nationwide organization with thousands of members.

Members armed themselves with guns, which was legal in California at the time. Additionally, the party was anti-capitalist because they believed that economic exploitation, and thus capitalism, was the foundation for all oppression. That was the height of the Cold War and, consequently, led to more negative portrayals and persecutions by the media and government. At this time, all the “evils” that came along with communism were through propaganda that made communism and socialism seem un-American, anti-American even.

Furthermore, the party had radical demands that were unpopular amongst the elite section of the country. The party’s platform demanded education of Black history, free healthcare for all Black people, an end to the police brutality against Black people and people of color, the release of Black people from prisons and jails, and trials by a jury of their Black peers, among other things. 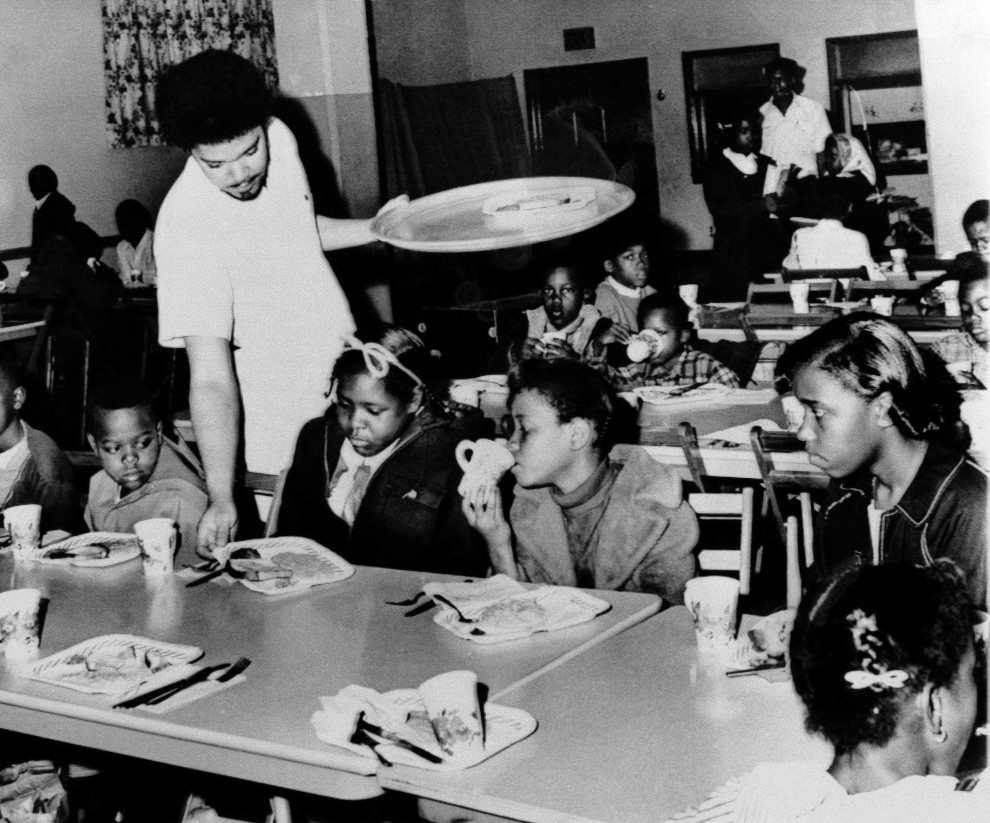 The party eventually evolved into a revolutionary group that focused its efforts on helping Black communities with social programs called “Survival Programs.” In 1968, it was difficult for many blacks belonging to poor communities to attend school because of hunger and poverty. The most incredible legacy of the Panthers was its free breakfast program implemented across the country, in which it provided free meals to underprivileged children.

The Black Panther Party was doing something the US government was not: feeding hungry children. In response, the government began providing free breakfast to children at schools as the public ramped up demands for the government to do more to help people and communities. Today, millions of children in public schools in the United States receive free breakfast at school in the mornings, thanks to the Black Panther Party.

As a result of the program, more people started supporting the Black Panther Party, and the government feared the party gaining mass appeal.

However, the reasons given for being blacklisted as communists were very different from what you might have imagined.

It was not the ideology of the armed members that made them so threatening––it was the Free Breakfast for Children Program. This program provided schoolchildren with free breakfast, and the program expanded to every city that had a Black Panther Party chapter.

COINTELPRO, the FBI's counter-intelligence program, which often took illegal actions against people and political organizations in the guise of national interest, investigated and sought to disrupt and ultimately disband the party.

The FBI’s efforts to disband the party ended with a shootout in December of 1969 at the Black Panther's Southern California headquarters as well as a police raid in Chicago that killed Fred Hampton, the leader of the Chicago chapter of the party.

With the recent wrongful police killings of Black people in the United States, and as the Derek Chauvin trial––over his murder of George Floyd––comes to an end, millions of Americans are protesting institutional racism in the criminal justice system and police brutality against Black people. The media coverage of the protests and the Black Lives Matter organization is not that different from how the media talked about the Black Panther Party with coverage of these protests focusing on property damage and violence committed by protestors.

However, there is no “right way” to protest.

People will always be criticized for protesting because protests threaten the status quo, especially when they gain widespread support.