From Richard Thaler and Abhijit Banerjee to John Maynard Keynes and Adam Smith, there are many economists who are almost household names for anyone familiar with economics. However, there are many remarkable African American economists who have done incredible work in this field whose work is not so well known. 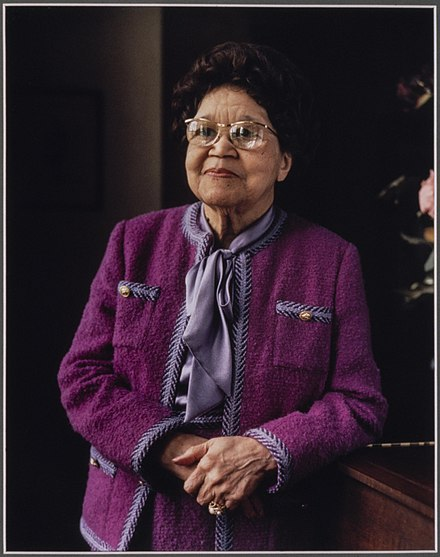 Alexander's opposition to racial oppression was within a tradition of 19th-century scholars Frederick Douglass and T. Thomas Fortune, and later scholars W.E.B. DuBois and A. Philip Randolph. Alexander's focus was frequently on racial and economic justice for the working class, especially for working men and women. However, unlike Dubois or Randolph, Alexander never embraced socialism. Alexander also can be contrasted with Howard University radicals Ralph Bunche, E. Franklin Frazier, and fellow black economist Abram Harris.

For example, Harris wrote that the fundamental problems facing blacks could be overcome through multi-racial labor organizing and did not support direct action for civil rights until blacks had achieved economic power. Alexander, on the other hand, was outspoken against white dominance in political, social, and economic spheres.

In 1946 she was appointed to the President's Committee on Civil Rights established by Harry Truman. She was the first African-American woman appointed as Assistant City Solicitor for the City of Philadelphia. She and her husband were both active in civil rights. In 1952 she was appointed to the city's Commission on Human Relations, serving through 1968. She was President of John F. Kennedy Lawyers' Committee for Civil Rights Under Law (1963). In 1979, Jimmy Carter appointed her as chair of the White House Conference on Aging (WHCoA). She served on the board of the National Urban League for 25 years. 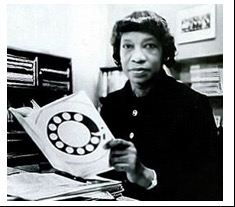 Twenty-eight years following her death, we observe economist Phyllis A. Wallace, a black academic known not only for her distinguished achievements and contributions to economic research but the extension of her scholarship to civic work and social issues.

Wallace was born the oldest of seven children to ironmaker/railroad laborer John and housewife Stevella in Baltimore, Maryland. Raised in the racially segregated area, Phyllis would attend the “Colored High and Training School”, later named after Frederick Douglass.

Wallace would go on to graduate first of her class at this institution, but segregation laws effectively barred her from attending the University of Maryland. However, there was still an upside: if the local HBCU, Morgan State, did not have her major, the state would pay out-of-state tuition for another institution. This would lead Wallace to attend NYU on Maryland’s dollar in Fall 1939.

Though expected to be a teacher following her college years, Wallace applied to the economics doctoral program at Yale University at the suggestion of one NYU professor and found research opportunities at the institution prior to the retrieval of her master’s degree in 1944 and doctorate in 1948.

Following her Ph.D., Wallace worked at the National Bureau of Economic Research,  where she would study international trade, the City College of New York, and Atlanta University. She would join the latter in 1953, leaving in 1957 to work as a federal economic analyst with a specialty in the Soviet economy.

Following her work with the federal government, Wallace had her work center on the domestic sphere as part of the Equal Employment Opportunity Commission, where she studied the economics behind discrimination and led to a successful lawsuit that charged the largest employer at the time, AT&T, with sexual and racial discrimination. Soon to follow would be Wallace’s time as faculty at MIT as a visiting professor.

By 1975, she would become the first tenured professor at the institution, continuing her research, giving voice to black issues, and even coming back to the school after her retirement to address sexual harassment problems on campus.

Wallace fully retired in 1986, with those at MIT holding a conference in her honor. Outside of the work she did as a scholar, however, she still made waves within the world, serving on the board of the Boston Museum of Fine Arts and serving on the President’s  Pay Advisory Committee, the Minimum Wage Study Commission, and the Economic Advisory Panel of Black Enterprise.

Phyllis Wallace died in 1993 of natural causes as a prolific scholar and humanist, noted for her wide-ranging contributions to academia as well as her application of this research to modern issues. MIT would create two endowments in her name, the Phyllis A. Wallace Doctoral Fellows Fund, for black doctoral students, and the Visiting Scholars Fund, for black scholars visiting the school. By all accounts, Wallace wasn’t simply an economist or a scholar, but a woman of meaning, whose contributions extended far beyond the Soviet economies and Labor force analyses she’d observe in her life. 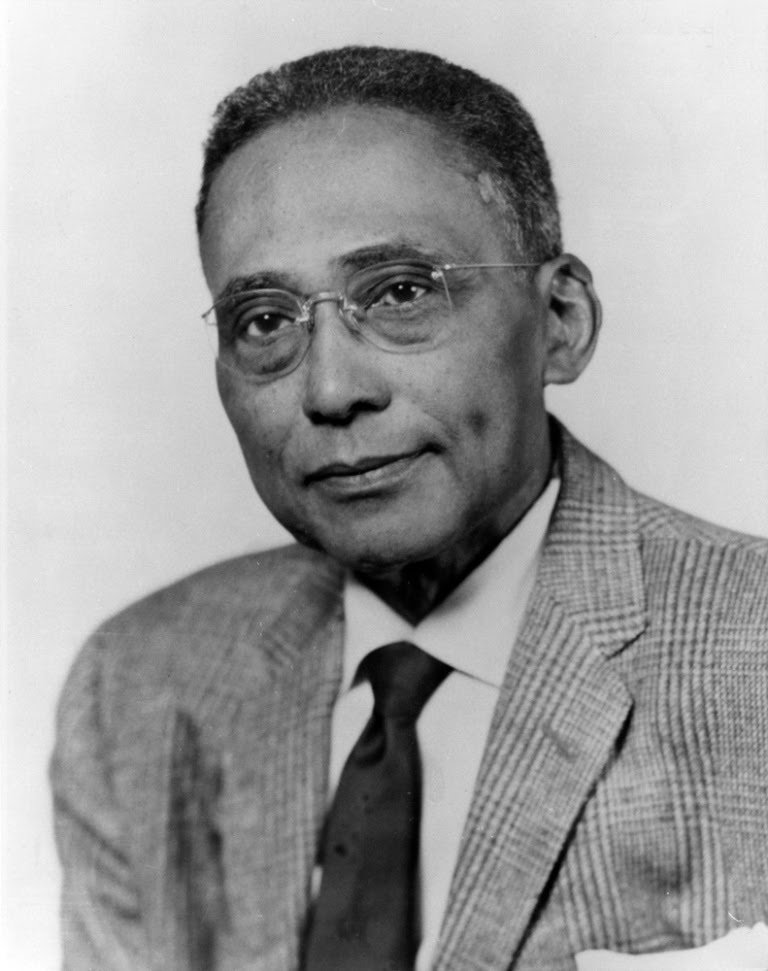 The first black nationally recognized black economist, Abram Lincoln Harris is, in one word, a pioneer.  Highly respected for his research and scholarship, Harris centered his research on class analysis, economics in the black community, and labor, but his influence touched various areas of economics.

Though his lineage can be traced back to slaves, Harris was born January 17, 1899, to butcher Abram Harris Sr. and schoolteacher Mary Lee in Richmond, Virginia.

Immediately following his graduation, Harris studied at the New York School At of Social Work, working briefly for the National Urban League and black Socialist newspaper, the messenger. At the suggestion of his Virginia Union professors, Harris would earn a Master of Arts from the University of Pittsburgh in 1924.

However, this was not the end of his academic career, and he went on to join faculty at various colleges including West Virginia State College in 1924, Howard University in 1936 (as chairman of the department of economics), and the University of Chicago in 1946.

It was during this career that Harris would also pursue a Ph.D. at Columbia University, serving as a member of the school’s Council for Research in Social Science from 1928 to 1930 and fully finishing his Ph.D. a year later in 1931.

The same year, Harris would combine his Ph.D. thesis with the work of political Scientist Sterling Spero to write The Black Worker: The Negro and the Labor Movement. Though there are few past criticisms or reviews to be found, more details on the Black Worker display advocacy for uprooting racial antagonism in America, and identified future generations of black Americans that would be integral to the new generation of middle-class citizens.

The Negro as Capitalist (1936), the second book written by Harris, centered on banking services and how the black community navigated access to them in spite of an exclusionist white financial community.

One review considered Harris’ work “a scholarly performance” and “an excellent model of economic investigation”.  Harris was decisively a Marxist scholar as well, and both works easily displayed these theories and influences through mention of economic reform, views on capitalism, and the employment of race consciousness for public enlightenment.

By 1946, Harris taught as an economic professor at the University of Chicago, continuing this career until early November 1963. 10 days later, on November 17, 1963, Harris died aged 64, survived by his wife and two siblings.

Though his work was not as extensive compared to many other figures, Harris easily set the precedent for African-Americans to survive and thrive in the economics field today. His work has been honored by the Guggenheim Foundation multiple times, but outside of tangible awards, his impact is still seen by economists intent on learning history. As Harris' work remains timeless, he too is remembered for his progress in economic research. 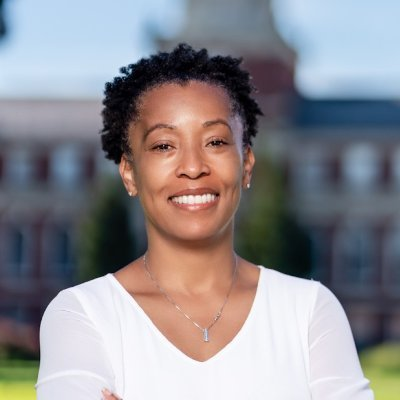 The founder and current president of a think tank catered towards women from minority backgrounds, Rhonda V. Sharpe is an economist whose work has centered around feminism and race.

Not only an economist, Sharpe has also served as faculty for numerous universities including Duke University, Barnard College, and Columbia University.

Despite being born August 1966 in Harlem, NY, Sharpe was raised in Richmond, Virginia until the 80s, when she would attend North Carolina Wesleyan as a mathematics major. Sharpe would go on to obtain two more degrees, with an MS in applied mathematics from Clark Atlanta University, an MS in operation research from Stanford University, and a Ph.D. at Claremont Graduate University.

Following her educational career, Sharpe was first employed as a Carolina Minority Postdoctoral Scholar in the Department of Economics at the University of North Carolina. While at the institution, her economic research focused on education and sports, with a notable collaboration between her and Hawaii professor Sumner LaCroix leading to a presentation at the National Baseball Hall of Fame in 2008. Other research included WNBA wage analysis, the black political economy, and the relationship between education and marital status.

At one point, Sharpe would take her visiting position at Duke University, founding the Diversity Initiative for Tenure in Economics (DITES) with fellow professor William Darity. The program itself centered on providing mentorship that ensured a future with a more diverse economics faculty, but WISER had yet to be fully realized.

Following a visiting professorship at Bucknell, Sharpe was let go due to a desire for a “more junior” faculty member, and this alone would be the catalyst for her creation of the Women’s Institute of Science and Race, better known as the WISER Program. Officially founded on International Women’s Day in 2016, WISER’s mission “is to expand women-focused policy research to include the social, economic, cultural, and political well-being of Asian, Black, Hispanic, Indigenous American, and Multiracial women.”

Today, WISER centers on research that provides equitable access to populations they see as most vulnerable. Recently, WISER has even partnered with Howard University to create the Inclusive Peer Onsite Distance Mentor Program (IPODs), a mentoring program for talented undergraduate students to pursue graduate studies and further research opportunities.

Today, Sharpe constantly moves to further the next generation of leaders, encouraging diversity in academic spaces and working towards equity in every sense. 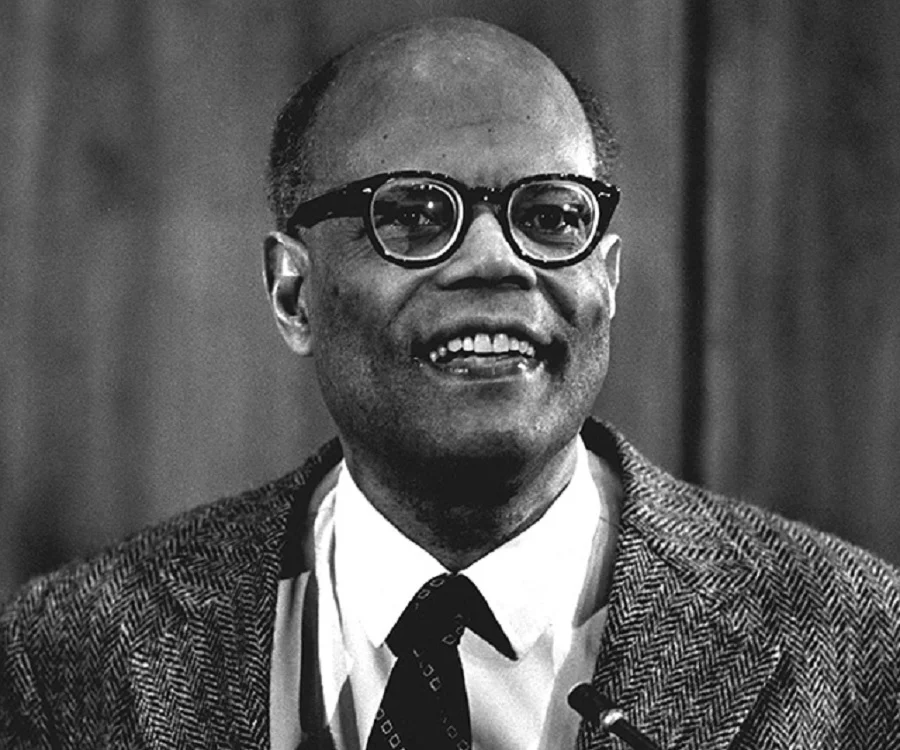 Sir Lewis was born on January 23, 1915, in the Caribbean island of St Lucia. His parents, both school teachers, were immigrants from Antigua. He completed his school curriculum at the age of 14 and went to work as a clerk in the civil service. After graduating, Lewis’ initial career choice was to become an engineer. He made the eventual switch to economics because the governments and companies of the West Indies, such as Saint Lucia, refused to hire blacks. In 1932, he won a government scholarship and went on to study at the London School of Economics. He was the first black individual to ever gain acceptance at LSE.

After gaining his Bachelor of Science degree in 1937 and a Ph.D. degree in 1940 at the LSE, Lewis worked as a member of the staff at the LSE until 1948. After his brief stint at LSE, he was selected as a lecturer at the University of Manchester, and moved there with his family. He taught at Manchester until 1957. In 1963, he was also appointed a University Professor at Princeton University and moved to the United States. Lewis worked at Princeton for the next two decades, teaching generations of students until his retirement in 1983.

In 1979, on this day, Sir W Arthur Lewis was jointly awarded the Nobel Memorial Prize in Economics for his work to model the economic forces that impact developing countries.

Lewis set out the dual sector model in his 1954 publication, "Economic Development with Unlimited Supplies of Labour."

Lewis' model seeks to provide a framework for understanding how relatively poor countries can develop economically. It begins by assuming that one of the characteristics shared by developing countries is that their economies tend to consist largely of "subsistence sectors" in which the supply of labor is vast, and the amount of capital invested per worker is meager.