War of 1965: An Exercise of Territoriality

The war between India and Pakistan in 1965 was a manifestation of the exercise of territoriality to address territorial disputes in both the Rann of Kutch and Jammu and Kashmir and a failed case of exploiting the regional cultural identity, Kashmiriyat, to incite a rebellion. The war ended with none victorious, instead instilled bitterness and permanent hostility, with relations never to be normalized. 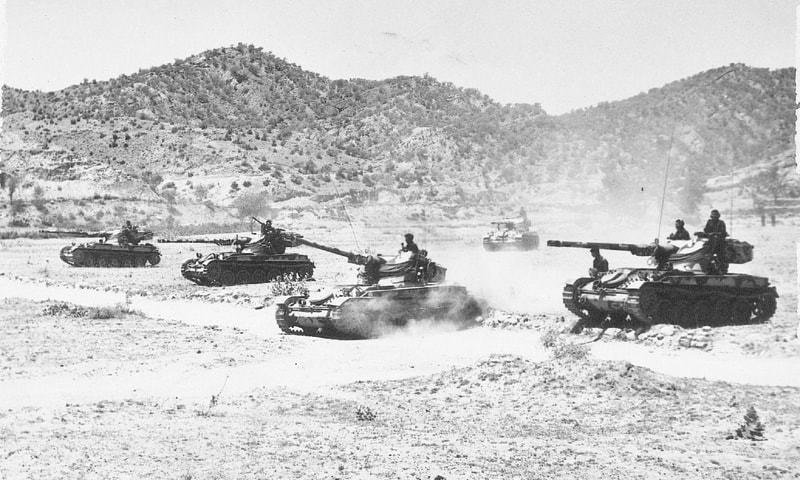 In April 1965, the Pakistani armed personnel made an illegal intrusion in an area along the boundary of the Kutch and Sind in the Rann. Within 48 hours, a set of armed confrontations happened between Indian and Pakistani security forces.

Seeking a quick diplomatic solution to avoid diversion from the main aim of containing the violence in the J&K and to increase international pressure upon Pakistani leaders for dialogue, India took the issue to the United Nations.

Pakistan justified its claims over the Rann post-independence by citing the 1762 invasion of Rann by the then ruler of Sind, Ghulam Shah Kalhora, and blamed India for the systematic hindrance of Pakistani patrols in the region. This had forced Pakistan to take retaliatory defensive measures and defend its sovereignty.

According to National University of Singapore Professor Itty Abraham, this was nothing more than an effort by the Pakistanis to monopolize extra domestic space for themselves.

On the other hand, India insisted that the border only needed to be demarcated and not redefined while rejecting vague claims of history by presenting the Survey of India maps between 1937 and 1942 — the map was agreed upon by the Chief Secretary of Sindh. All of these marked the Rann as Indian territory.

Rudra Chaudhuri, the author of “Just Another Border Incident”, believes that the Rann area was hard of any strategic importance for the two nations.

Instead, the continued skirmishes represented the escalating tensions between the two with a constant pin pricking to find chinks in each other's armor. All of this highlights how the territorial dispute was representative of geopolitical ambitions and state power and not some inter-state competition over resources.

Eventually, the international community led by British Prime Minister Harold Wilson successfully intervened and set up a Tribunal to examine the historical claims over the land.

The President of Pakistan Field Marshal Ayub Khan and the Military were enamored by the new developments, believing they had gained an upper hand. In the eyes of Ayub Khan, the Indian Army was vulnerable after the 1962 Sino-Indian War and wrote off the new Indian Prime Minister Lal Bahadur Shashtri as a political weakling.

To quote journalist Prem Prakash, “The general used to make fun of the new Indian Prime Minister and thought he could now deal easily with India because this diminutive fellow would lack the will to handle a border incursion.”

To capitalize on the momentum and seize the day, Pakistan then turned its attention towards Kashmir.

When it came to Kashmir, there was an attempt to exploit the regional and cultural identity of the state to change the status quo.

In August 1965, Pakistan launched Operation Gibraltar. Under which seven thousand Mujahideen fighters trained and equipped by the Pakistani Army infiltrated Jammu and Kashmir to spark a rebellion of locals against Indian rule.

In the backdrop of the infiltration, tensions had been building up between New Delhi and Kashmir over the years. That reached a boiling point in 1963, as locals alleged involvement of the Indian government in stealing a strand of Prophet Mohammed’s hair from the Hazratbal shrine.

The incident was perceived as a direct attack upon their cultural identity, Kashmiriyat. The ensuing violence became such a concern for the Indian government with B.K. Nehru, India’s envoy in the U.S. stating that the situation was so fragile that it could turn into “India’s Vietnam”

Pakistan saw it as a tipping point in J&K and decided to exploit the situation to challenge the authority of the Indian government. However, perhaps General Ayub misread the situation in Kashmir. While locals were certainly very upset with New Delhi, they did not care to join forces with Islamabad but instead sought to create their own cultural identity, free from both nations.

Operation Gibraltar failed spectacularly as local Kashmiris helped Indian personnel to hunt down the mujahideen fighters. Eventually, Pakistan was left with no option but to engage in all-out warfare and try to capture J&K by force.

Three weeks of bloody warfare ensued, with the Indian side suffering 3000 battlefield deaths and the Pakistanis nearly 3,800. The war ended with a stalemate, with the intervention of the United States, Soviet Union, and the United Nations to ensure tranquillity.

Despite this, India had the upper hand with territorial gains up to 740 square miles in Punjab (Lahore) and Kashmir theatres, while Pakistan had occupied only 240 square miles. The truce agreement saw both sides withdrawing to pre-war international borders.

Though the results of the war were inconclusive, it was an embarrassment for the Pakistan Government of General Ayub who emerged politically weaker on the domestic front, with Pakistani citizens blaming his leadership for no conclusive military gain. Shivam Vij, an independent journalist based in New Delhi, maintains that the truth of the matter is that each side lost the war.

Relations between the two nations were permanently severed, as trade and screening of respective movies on either side, free movement of people on the border were halted.

Perhaps the biggest takeaway and lesson for both Islamabad and New Delhi was a new understanding of Kashmiris, who, though supported India in the conflict, ultimately sought to carve out an individual and unique identity for themselves, free from the influence of India and Pakistan.

This piece has been written by Pratul Chaturvedi and edited by Arnav Singh.