Banks That Are Too Big To Fail

“The bigger you are, the harder you fall.”

Investopedia defines too big to fail as a business or business sector deemed to be so deeply ingrained in a financial system or economy that its failure would be disastrous to the economy. This term simply means that, during a period of the financial crisis of a bank or banks, the government of the nation would step in and cover the losses made.

The Federal Reserve Chair Ben Bernanke defined this term aptly in 2010. Bernanke starts by establishing the conditions that would define a too big to fail bank: size, complexity, interconnectedness, critical functions, and the dependence of the economy on the bank.

Following this, he stresses the importance of the government to finance such organizations to be a product of the knowledge of their broader economic influence rather than a product of favoritism. But, as always, there’s another side to the coin. 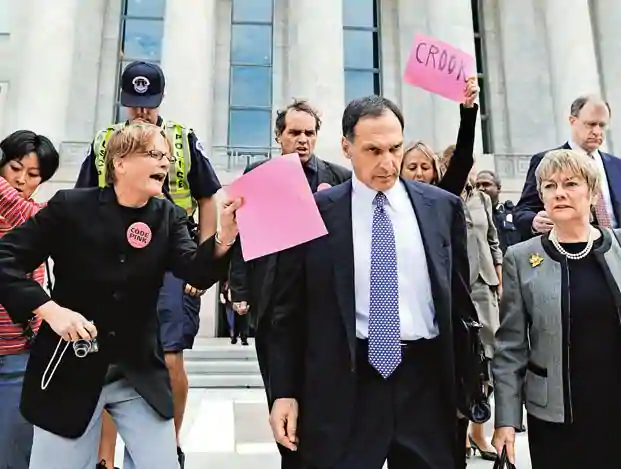 HOW IT CAME INTO EXISTENCE

In the 1920s and early 1930s, thousands of bank failures in the United States of America resulted in the establishment of the Federal Deposit Insurance Corporation (FDIC) to monitor banks and insure customers' deposits. The creation of the FDIC was the first step to monitor the collective health of the banking system in a nation, but it got blindsided by the financial crisis of 2008. In fact, the entire world did. This crisis got global regulators to implement reforms with the majority of the focus on too-big-to-fail banks.

This step was followed by the Dodd-Frank Act of 2010, which tackled the need for help with any future bailouts in the financial system. The act regulated capital requirements, proprietary trading, and consumer lending. In conclusion, the act imposed higher requirements on banks to be labeled systemically important financial institutions.

The colloquial term "too big to fail" was initially popularized by U.S. Congressman Stewart McKinney in a 1984 Congressional hearing. The discussion agenda was the Federal Deposit Insurance Corporation's intervention with Continental Illinois (which was at one time the seventh-largest commercial bank in the United States as measured by deposits, with approximately $40 billion in assets).

WHY ARE BANKS SO IMPORTANT?

The economy of a nation is, more often than not, the main factor that contributes to its international status, and the capabilities of its banking system enable wholesome growth from the grassroot level. Banks that provide essential services to the people are a vital part of everyone's lives. From drawing money from your neighborhood ATM to taking out loans to cover your costs of a new house or a car to medical loans to provide you and your loved ones the best medical care - a bank’s ability to ensure that the national currency, or global currency, keeps changing hands is a variable that needs to be kept constant. This fact defines terms such as the liquidity of a bank and the nature of cash flow from the banking institutions - liquidity refers to the ability of a bank to effectively pay small bills and support short-term business and financial obligations. 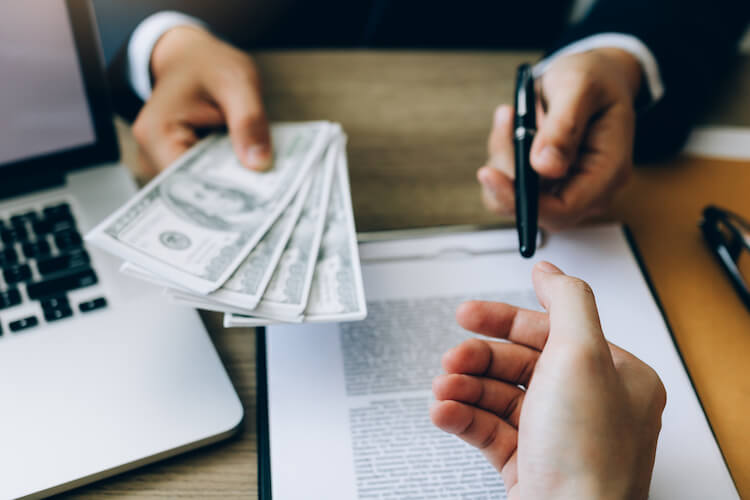 Farmers, small businesses, and established industries all rely on banks to provide them with money in a time of need. As the topic of too-big-to-fail banks comes up, the very thought of not being able to withdraw money in the time of need definitely attracts a lot of attention and fear from the people.  This fear manifests due to a simple yet profound reason. The barter system, in the ancient past, required two parties to have diametrically opposite wants of a certain good, say rice. This need and surplus dynamic fueled such transactions. With the onset of physical cash (notes) the primary condition changed to owning a certain amount rather than having a need for an item. Now, if this condition was not met by a banking system, the customers would fail to meet the requirements to satisfy their needs, and in extension, the bank would also lose its ability to provide loans and the influence in attracting future inventions and funds.

The importance of banks in trade and industry remains a vital facet from the past. The ability to purchase raw materials to ensure assembly lines do not stop for manufacturers is a last resort that has saved many businesses during the pandemic. Banks serve as advisors and counselors to numerous international organizations and policymakers. In the whole picture, banks are the strongest link in ensuring a better future for every financial entity and family of a nation, but when such banks connect with more than they are supposed to, one disturbance in the web results in ripples all across. Let us see, the other side of the coin….

THE OTHER SIDE OF THE COIN

The problems of having such large entities come with numerous obstacles and inherent difficulties in introducing reforms. Let’s start with Bernanke, who cites several risks related to such institutions.

The first point arguing the damage of such institutions starts with Market Discipline. The ability of big institutions to take risks without fear of losing risks and threatens discipline in the market. This allows firms to take more risk than desirable as they are aware of the inherent safety net in which they exist.

Followed by Financial Stability. Institutions that are deemed too-big-to-fail artificially raise their market share, which hurts economic efficiency and the smaller firms which are unable to compete.

For example, the failure of Lehman Brothers and numerous cases of other complex firms facing bankruptcy significantly worsened the financial crisis (the case of Lehman Brothers will also be referred to in the upcoming lines in the article). These disruptions led to reduced credit flows and sharp declines in asset prices, which hurt public confidence.

Now, let us dissect the various salient points that determine and also define the problems of too-big-fail institutions.

Size and the complex nature of large financial institutions and their role in an interconnected web of a nation’s economy inhibit the ability of governments to resolve financial concerns without significant hiccups in the economy. This was the problem in the case of the Lehman Brothers bankruptcy in September 2008. The risk involved in the context of bank size is an increase in the likelihood of a government facilitating a bailout using taxpayers' money. The concentration of such institutions in an economy is evident when the percentage growth of the top five banks in the United States rose from 30% in 1998 to 45% in 2008.

Now, too-big-to-fail banks have become implicit (arbitrary) rather than being explicit (defined) which has resulted in competitive disparities as the market is aware that small banks are prone to fail to lead to more investment and funding to larger banks rather than smaller ones. 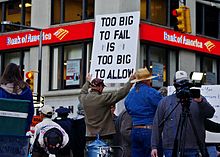 A study done by Frederic Schweikhard and Zoe Tsesmelidakis noted that; America's biggest banks had an estimated savings of $53 billion for Citigroup, $32 billion for Bank of America, and $10 billion for JPMorgan. The study also highlighted a passage of the Dodd Frank Act - which promised an end to bailouts but failed to mention or tackle the price of credit in relation to such institutions.

As the case progresses for the regulation of too-big-to-fail intuitions the question of morality is raised. When institutions risk more than they should, and if the bet fails taxpayers' money is used to bail these instructions out from their losses. This begs the question, if the common people are paying the tab of such institutions then they should also be rewarded when the institutions make profits.

The size of large financial institutions has resulted in difficulty for justice departments to bring criminal charges why such instructions are suspected of the crime because these charges can threaten the existence of a bank and hamper the national or even the global economy. An example of where an individual has been prosecuted is Kareem Serageldin who pleaded guilty on the 22nd of November, 2013 for his role in inflating the value of mortgage bonds as the housing market collapsed. He was sentenced to two and a half years in prison. As of 2014, Serageldin remained the "only Wall Street executive prosecuted as a result of the financial crisis" that triggered the Great Recession.

The Dodd-Frank Act of July 2010 was passed in the United States to help ensure better regulation of the financial system as a response to the mortgage crisis of 2007. The act required banks to regulate their risk-taking and required lower leverage ratios or higher capital ratios among other steps.  The act also includes a form of the Volcker Rule which is a proposal to ban proprietary trading - Proprietary trading refers to using customer deposits to speculate in risky assets for the benefit of the bank rather than customers, by commercial banks.

However, these regulations were not implemented to full effect in the following years and were under attack by numerous bank lobbying efforts.

The most logical solution is to reduce too-big-to-fail banks into more manageable institutions. The objective of this solution is to ensure minimal fallout risks to the national economy and limit their political power. Quoting economist Joseph Stiglitz on this topic “_banks that are too big to fail are too big to exist_” and suggested that if they did, they should only in a model that is heavily regulated.

The usual life experience tells us that - The bigger they are, the harder they fall.” The proposed solutions to the "too big to fail" issue are controversial in their nature. Questions regarding ‘who will it benefit more?’, ‘whose allies will be affected?’ are some of the common ones; in a dynamic market there always remains a beneficiary in the equation. The most logical solutions include: breaking up large banks, introducing strict regulations, and imposing higher taxes for larger institutions.

Taxation appears to be a very unique ordinance for the government to limit the growth and the dependence of a nation’s economy on a few select banks. According to Willem Buiter, a taxation model that progresses in relation to the size of the business can ensure a failsafe to prevent unnecessary risks.

The saying “Survival of the Fittest'' should not be applied to free markets but rather should be separated from regulatory interventions to minimize political influences regardless of the size of the banking institutions. Seeing this from another perspective, many critics see that large banks or other institutions should be left to fail if their risk management is not effective. Alan Greenspan (An American economist who served five terms as the 13th Chair of the Federal Reserve of the United States), believes that such large organizations should be deliberately broken up and says that "If they're too big to fail, they're too big". Some can even say that financial crises arise due to a lack of regulation rather than the precedence of too-big-to-fail banks.

At the end of the day, with numerous instances of a free and dynamic market under siege from various monopolies, investments and the very nature of becoming rich makes the need for effective regulation and reformation all the more important. Post - COVID world entirely will be defined by the economic robustness of the world. As businesses all across the globe still remain in the crosshairs of lockdowns, labor cuts, and lack of capital, banking institutions have to ensure that they ensure the nation and the world make the best of the system that has supported us for the past decade.